Members of the Guilford Poets Guild are writing ekphrastic poems this month, poetry inspired by artwork hanging in their home. 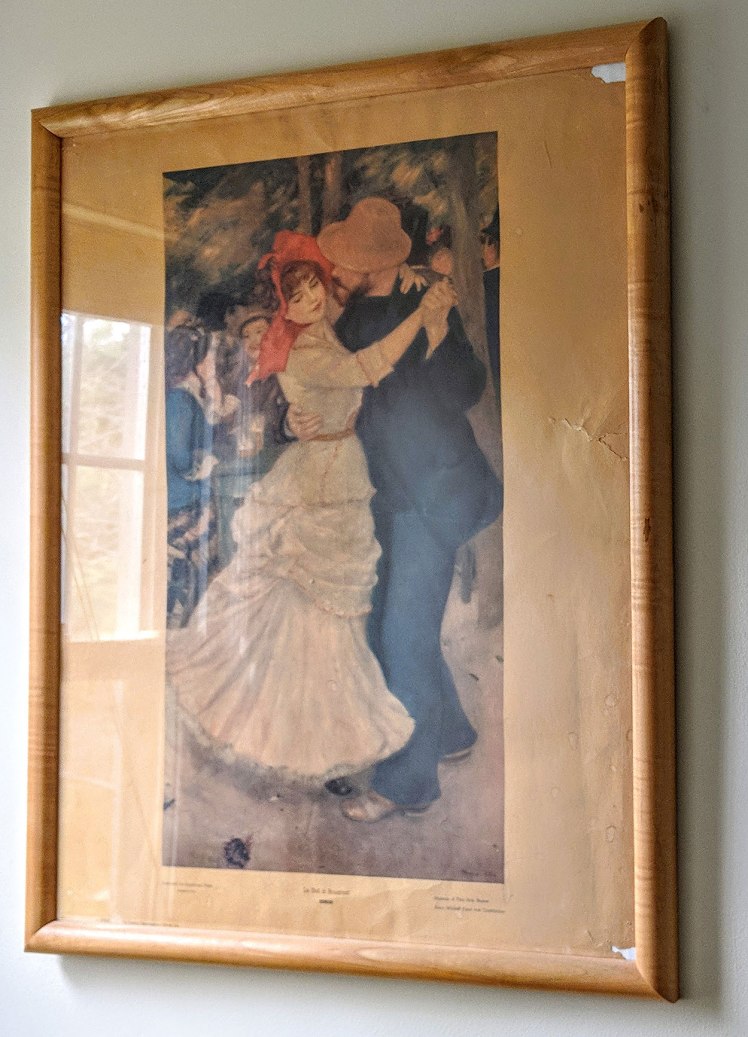 Is she more noticeable in his arms, or more forgotten?
We do not see his eyes beneath his straw hat,
but we know they burn.

The red trim on her white dress excites him,
his hand wants to slide from its grasp on her waist.

They are hardly moving but their steps are powerful,
he leads her even as they stand still.

All the while she watches the watchers,
knowing they are seen as lovers,
as invisible as a couple, but worth a few stares.

He is my sister’s husband,
she is laughing over there beneath the trees,
and does not suspect us as the others do,
strangers throwing us a strange eye.

We are full of cold beer, caught up in the dance,
and the way he holds me I am staggering.

My left arm thrown over his neck
leaves my right side open.
This is something he knows well:
not to press too hard or smother,
but to leave part of the body untended, waiting.

I bought this poster of Le Bal à Bougival by Renoir when I was a teenager and hung it in my room in the early 60s. By now it is yellowed on the borders but I framed it to be able to keep hanging it in my present home. The first time I saw the painting in the Boston Museum of Fine Arts was when I was well into my forties. I wrote a poem about it in my thirties and it was published in my book The Long Night of Flying. 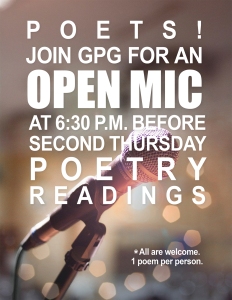 See our CALENDAR for upcoming events!